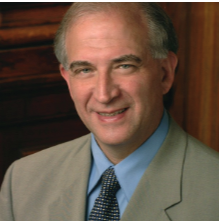 For his work in the development of Bryostatin, a natural compound showing promise in restoring synaptic networks in the brain, preventing neuronal death, clearing Tau and Amyloid buildup, and reversing Alzheimer's memory loss even for patients with late-stage disease.

Dr. Alkon has served as President and Chief Scientific Officer of Neurotrope since September 2016. A leader in the field, Dr. Alkon comes to Neurotrope after 30 years directing programs on the molecular basis of associative memory at the National Neurologic Institute of NIH, and another 15 years as the Founding Scientific Director of the Blanchette Rockefeller. Neuroscience Institute where he and his team developed neurorestorative therapeutics for degenerative disorders of the central nervous system. He also served as the Toyota Chair of Neurodegenerative Diseases and Professor of Neurology at West Virginia University before joining Neurotrope.

An internationally recognized pioneer in research on brain-based neural networks, the molecular basis of memory, and degenerative brain disorders, he has authored hundreds of scientific articles as well as several books, including Memory Traces in the Brain published by Cambridge University Press, and the popular book Memory’s Voice published by HarperCollins.