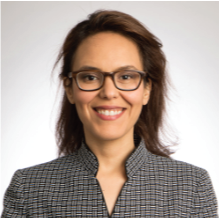 For her work in the development of NDX-1017, a novel small molecule designed to help halt or reverse Alzheimer's disease by amplifying key brain receptors, impacting neurodegeneration and promoting the regeneration of brain tissue.

Leen Kawas has led Athira in business and financial growth through two oversubscribed financing rounds. The funds raised will support and accelerate the growth of the company and take the lead candidate through the early stages of human testing.

For her leadership and accomplishments at Athira Pharma, Inc., Leen has won many awards and recognitions including: GeekWire Startup CEO of the Year (2019), 40 under 40 in Life Science Leader (2017), PharmaVOICE 100 honoree (2017), Entrepreneur of the Year award from the Association of Washington Business (2016), was selected as one of EY’s Winning Women Entrepreneur (2016), 40 under 40 award from the Puget Sound Business Journal (2016), Entrepreneur of the Year Finalist for EY (2016), and a Young Entrepreneur of the Year Finalist for GeekWire (2016). She was named one of Seattle’s Most Influential People by Seattle Magazine (2015) and one of the Women to Watch in Life Sciences by the Washington Biotechnology and Biomedical Association (2015). As a company, Athira was also named as a finalist for Health Innovation of the Year (2019) and one of Seattle’s 10 hottest startups (2016), both by GeekWire.

She also serves on multiple boards, including Governor Jay Inslee’s Life Science Advisory Board, the Scientific Review Board for the Alzheimer’s Drug Discovery Foundation, and the Alzheimer’s Association-Washington Chapter Board. She also co-chairs the International Alzheimer's Association Business Consortium.