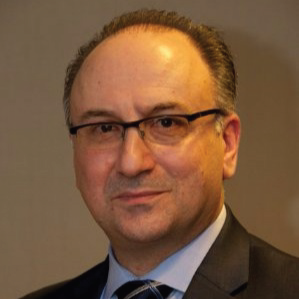 For his work in the development of Memtin, a novel recombinant human Leptin product, used as a hormone replacement therapy, showing potential in both slowing down and preventing Alzheimer’s.

Dr. Tezapsidis founded Neurotez in 2004. He is President and Chief Executive Officer and Chairman of the Board of Directors and has held these positions since the company was incorporated in 2005. Nikolaos has successfully raised funds primarily through non-dilutive grant sources, but also through equity-based deals. While building the company, he recruited top talent, maintaining top notch research and development programs and establishing a strong patent portfolio (more than 20 patents globally are either pending or issued). Having held several positions at a number of prominent academic institutions, Dr. Tezapsidis has more than 18 years of international biomedical research experience. Prior to forming Neurotez, Dr. Tezapsidis served as a scientific consultant to biotechnology investors, providing highly regarded expertise.

From 2001 to 2004 he led a research group at Columbia University. Before joining Columbia University Dr. Tezapsidis held faculty positions at New York University Medical School (2000-2001) and at Mount Sinai School of Medicine (MSSM), New York (1997-1998) and was Laboratory Director at the Institute for Basic Research, New York (1998-2000). He also conducted mentored research at MSSM (1994-1997), the Uniformed Services University of the Health Sciences, Bethesda (1992-1994) and at the Imperial College of Science, Technology and Medicine, University of London, UK (1990-1992). He has more than 50 scientific publications.

Among his career honors he received two awards from the Alzheimer’s Association, USA and fellowships from the Wellcome Trust and the Science and Engineering Council, UK.Dr. Tezapsidis received a Bachelor of Science in Chemistry from Aristotle University, Greece and completed his Master of Science and Doctor of Philosophy in Biochemistry at the University of Sussex, UK.