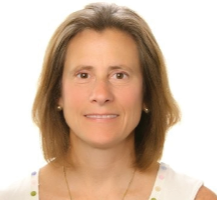 For her work on the development of Amyvid, the amyloid PET imaging agent–the first of its kind to be approved by the FDA for Alzheimer’s. Dr. Trzepacz is now working to develop the LymPro Test, an immune-based blood test for early-stage Alzheimer’s.

Dr. Trzepacz was the Chief Medical Officer at Neurotrope and has served as a member of Amarantus' Alzheimer's disease Diagnostics Scientific Advisory Board since 2015. Prior to Neurotrope, Dr. Trzepacz was at Eli Lilly and Company for over 15 years where she completed her tenure as Senior Medical Fellow in Neurosciences drug development.

She served on the global drug development team for Amyvid, the PET radiotracer indicated for estimation of beta-amyloid plaque density in the brains of cognitively impaired persons suspected of having Alzheimer's disease. Prior to that, she led the Phase 2 medical team investigating mibampator, a novel AMPA receptor potentiator, for agitation and aggression in Alzheimer's disease patients. As Senior Medical Fellow on the global Strattera team for over three years, Dr. Trzepacz was the medical lead for registration and regulatory related issues for its ADHD indications for both adult and pediatric populations, including design of new Phase 3 registration trials and collaborations with the European and Japanese Lilly teams.